More on the gentrification of Bermondsey Spa.

I took a some pictures for my post last week, but didn't use them because I didn't think they quite captured what I wanted.

The idea was to show then and now. Then, just after the construction of the London to Greenwhich railway in 1836: 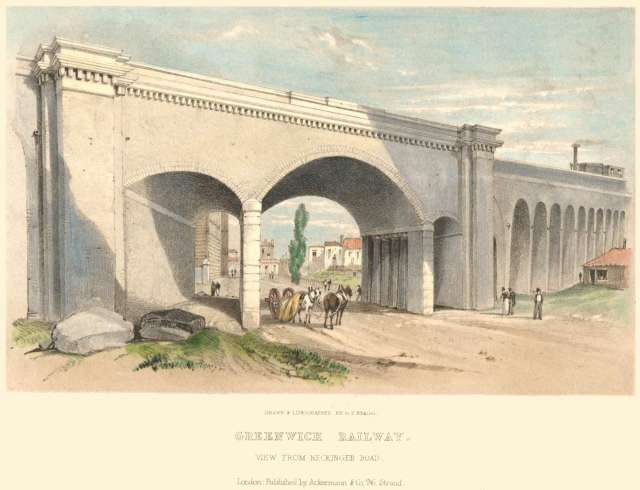 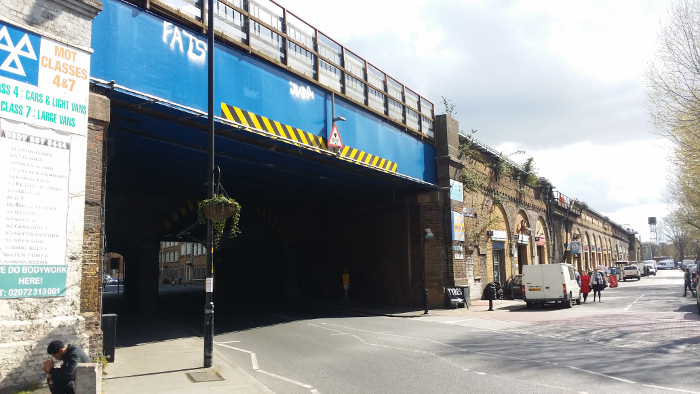 In the old picture the arches are higher and more elegant than they appear in the photograph, I think that the old picture is rather idealised. Also the road bridge makes 'now' look particularly ugly. So I guess it's interesting, but it's not a very fair comparison.

One thing I didn't notice when I took the pictures, nor in fact when I looked at them later, was the bloke in the bottom left hand corner. He was actually sitting next to me. Maybe he's a mechanic from the nearby garage, but he looks a bit messed up, and I'm mot sure what he's got in his hands, but it doesn't appear to have done him much good. Whatever; the point is he was invisibile to me.

Why didn't I see him? Ten years ago I'd have been alert to my surroundings here in very different way from today. Now I'm more worried about missing a new boutique brewery than a potential threat. Not that this guy was a threat, but in the old days I would have spotted him and made that judgment there and then.

This change is good. But it shows how enjoyment of the advantages of economic improvement can lead to a blindness towards those who are not experiencing the same. And that's leading to any number of bad things.