If Brexit were cheese, this post would be about a cheese made from unicorn milk, smelling of stale imperialist nostalgia and social decay. 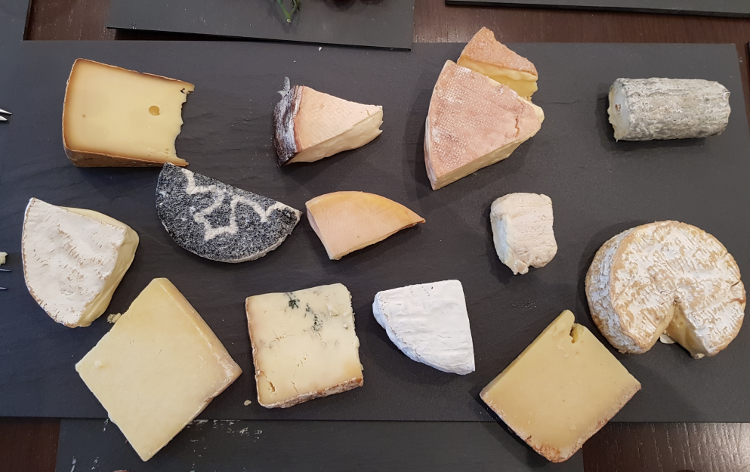 Last week I mentioned that the European Council meeting of 18th and 19th Oct would consider a draft communique about Brexit. The draft said, among other things, that the EU will not begin talking to the UK about Brexit transition arrangements because sufficient progress has not been made on the preliminary issues, the ones that the UK agreed should be well advanced before any other topics are broached. The draft also said that internal discussions on the transition would nonetheless start; that is, the EU27 would begin talking amongst themselves about the transition, but the UK is excluded from these conversations.

If the contents of the draft had been contentious, there there could have been arguments resulting in some significant changes, but in fact it took the summit all of 90 seconds to agree to the draft.

So my prediction from last week that the EU will propose a 'standstill' transition period still holds. This week I want to describe how this differs from other forms of transition.

Reversal of Article 50 looks unlikely at the moment, unfortunately.

Going straight to a final exit deal in March 2019 is impossible - there just isn't time to complete the negotiations let alone implement any agreements.

An extension of Article 50 is a reasonably sensible option, but unlikely just because the hard Brexiters and consequently the UK government would consider it a failure. It might happen if the government falls.

No deal is what happens if we leave without agreement. The worst form of no deal is if we crash out without even reaching agreement on the basic terms of severance, but it's nearly as bad if we we agree those terms but leave without having anything to replace the trade, regulatory, and other arrangements that are currently in place (for more detail, see Flip Chart Rick.)

A transition is a period from March 2019 to the time that final arrangements have been fully implemented. But there are various ways of understanding this definition. Ian Dunt has identified four types of transition (he did it in a Remainiacs Podcast at about the 38 minute slot). I only mentioned one of these possibilities last week. Here they are, in order of sanity according to Dunt, from barking to reasonable:

The least plausible type of transition is one that assumes that the final exit deal has been fully agreed by March 2019, and so the transition period is used to implement the arrangements to which everyone has signed up. This appears to be the conception of the transition process which Theresa May and David Davis have. But it is an unlikely scenario because there is no precedent for a deal of this complexity to have been settled in such a short time. The EU-Canada agreement took ten years, but the scope of that agreement was significantly smaller than the full range of trade and regularity arrangements that need to be sorted out between the EU and the UK. So it is impossible that even with the best will in the world, EU-UK arrangements will have been agreed by March 2019.

Likewise we do not have time to negotiate a unique deal to cover the transition period, and so the second option listed isn't plausible either.

The EEA/EFTA option is that our relationship with the EU is like that of Norway for the duration of the transition. One issue with this is that although we would be inside the single market, we would be outside the customs union. This means major border hassles unless there are complex arrangements implemented in order to avoid them. Ian Dunt reckons there isn't time to sort out the legalities and politics of us joining the EEA outside the EU, even for a transitional period, nor time to agree and implement the arrangements to avoid border issues.

A standstill transition is where arrangements are made so that after we leave, everything appears the same. We'll still be in the single market and customs union. The only noticeable difference to staying in the EU is that we won't have MEPs. Behind the scenes there will need to have been quite a bit of legal and institutional activity to create this appearance of stasis, and the machinery needed on the EU side to sustain this illusion is what was agreed last week at the Council to be discussed internally by the EU27.

As I said, my money is on this kind of arrangement being in place after March 2019. I suspect there may be some small concessions to the UK, minor adjustment to regulations and compliance protocols, which will be spun by the UK government as a combination of Crecy, Agincourt, Trafalgar and Waterloo. But it won't be, it'll be the UK having to suck it up because the alternatives are either impossible or awful.